Travel Back in Time With ‘Dadaocheng Museum’ This Weekend 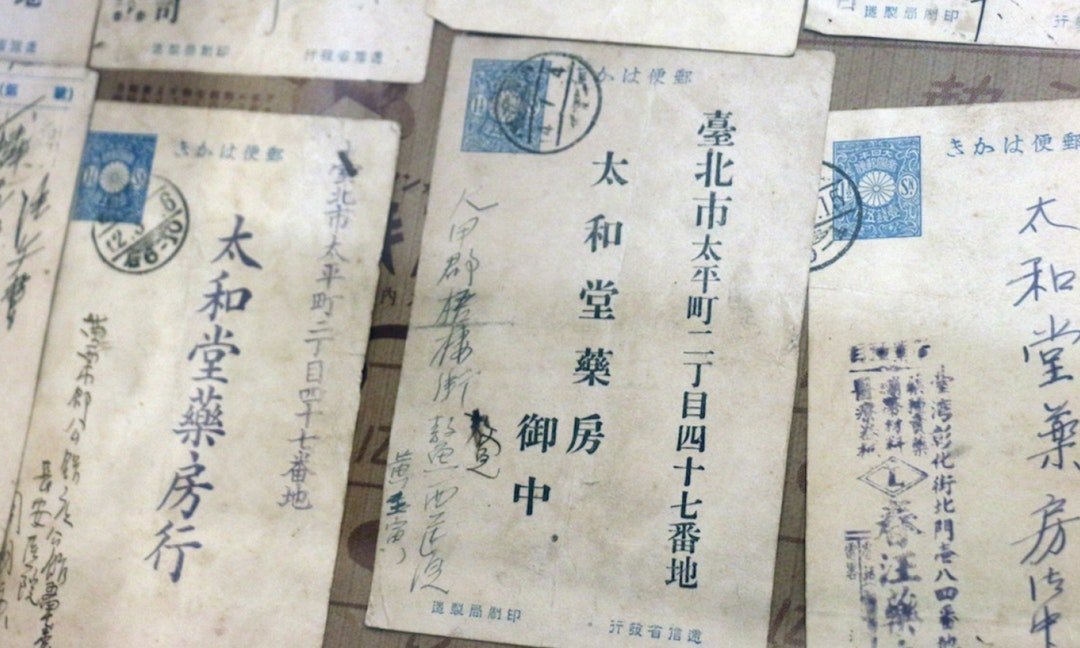 The annual event “Dadaocheng Museum” will allow Taipei visitors to explores historical buildings that are usually closed off to the public.
Dadaocheng (大稻埕), one of the oldest neighborhoods in Taipei, is now one of the most popular districts among tourists.
With the reduction of Chinese tourists, visitor numbers at landmarks like the National Palace Museum or National Dr. Sun Yat-sen Memorial Hall have also fallen significantly. Instead, backpackers now prefer visiting places like Dadaocheng or Beimen (北門) to traditional sightseeing spots.
Dadaocheng prospered as an international trade center for tea and fabric in the 19th Century with the opening of Tamsui Harbor. That is why we can find Baroque architecture, traditional Hokkien bungalows, and red-brick western-style houses co-existing in this district. 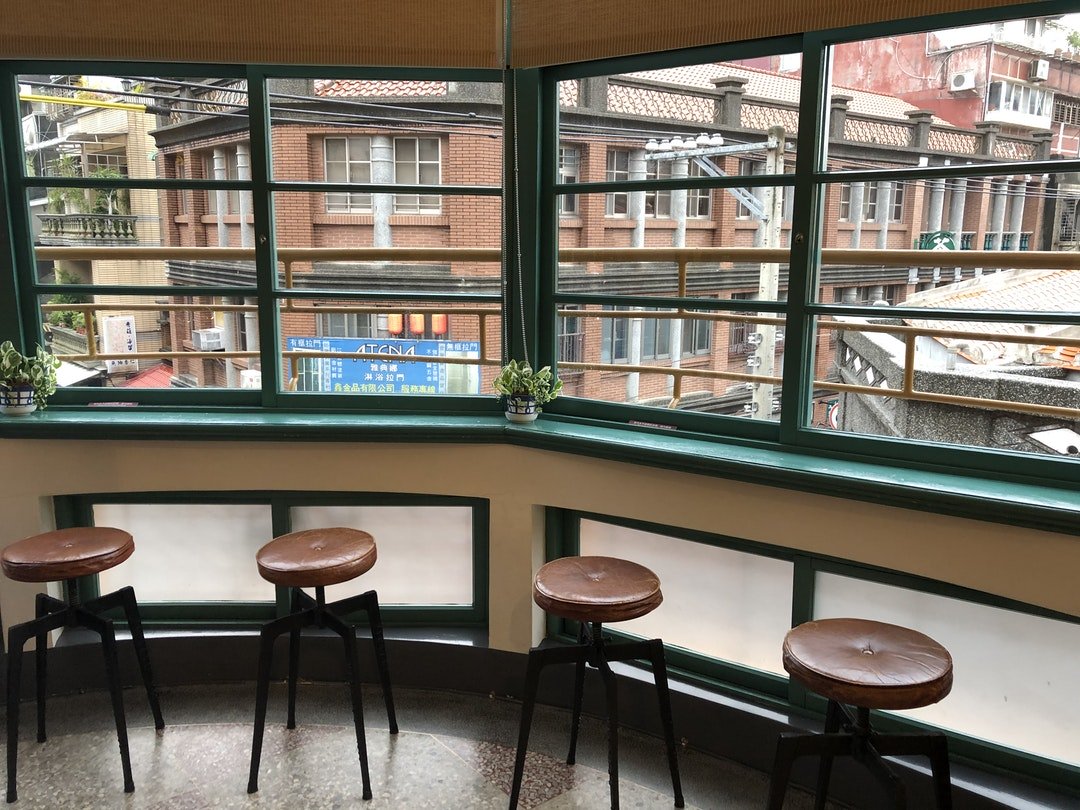 Tourists visit Dadaocheng for its rich local culture including the historical buildings, traditional folklore center, tea houses, fabric stores, herbal medicine stores, and eateries, sometimes discovering more. Contemporary innovation is now thriving in this century-old neighborhood with more and more creative new ventures.
On December 14 and 15, Walk in Taiwan (島內散步), a Taipei-based guided tour company, is hosting its annual event called "Dadaocheng Museum" with the theme "20, 30, 40 Whatever," expressing the notion that Dadaocheng is for people at all age. You can purchase tickets for four different routes including gift, odor, family, and space. In each route, you can experience Dadaocheng with a well-designed itinerary and visit places that are not usually open to the public.
We were introduced to the "space" route, where we visited Taiho Tang Pharmacy, Dihua 207 Museum, and Ama Museum.

The current owner of Taiho Tang Pharmacy, Mr. Lee, is the third-generation owner. He greeted us warmly in front of the three-story red brick building of Taiho Tang, a former drugstore during the Japanese colonial period. 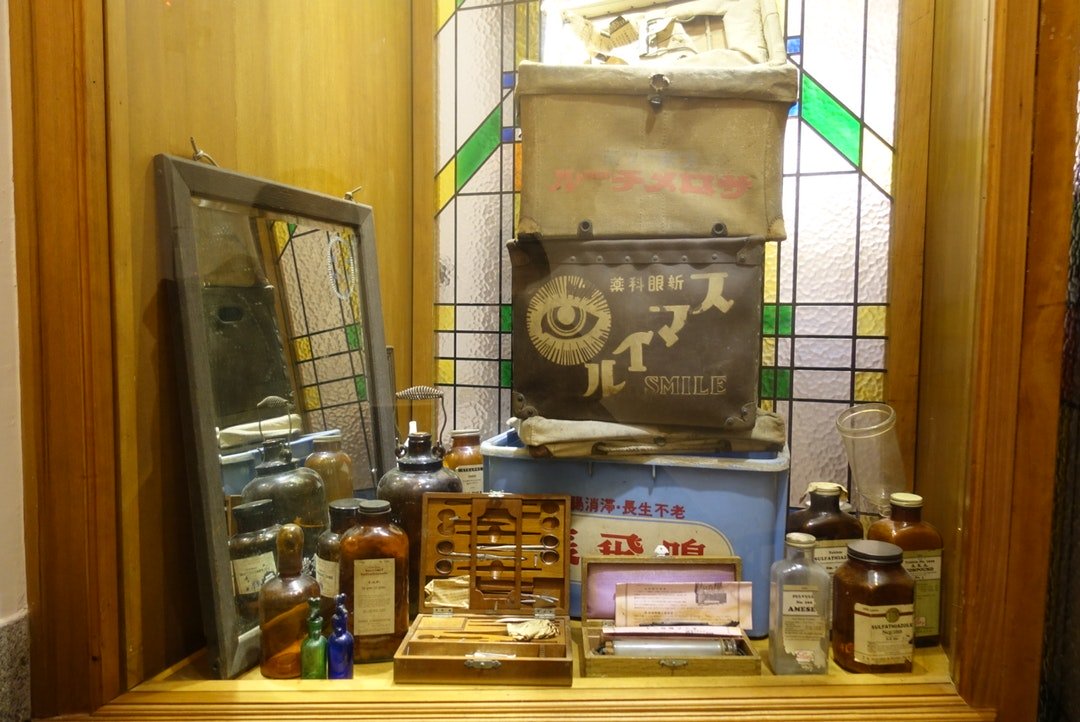 Taiho Tang was rebuilt after the WWII in 1947, according to Mr. Lee, as it had been forcibly demolished due to the Japanese demand to clear the fire lane at the end of the Pacific War. The original structure was built before 1910.
The current Taiho Tang building has been declared as an official historical building by the Taipei City Government for three main reasons:

“Taiho Tang is the origin of Taiwan's western medicine history,” Lee told The News Lens. The Japanese wanted to establish a western medicine system as they thought Chinese herbal medicine was not scientific. To do that, they started to look for apprentices from Dadaocheng, trained them, and granted them a license. The founder of Taiho Tang, Lee Ying (李英), was one of the earliest ones to earn a pharmacy license, and Taiho Tang became one of the three biggest drug stores at the time. 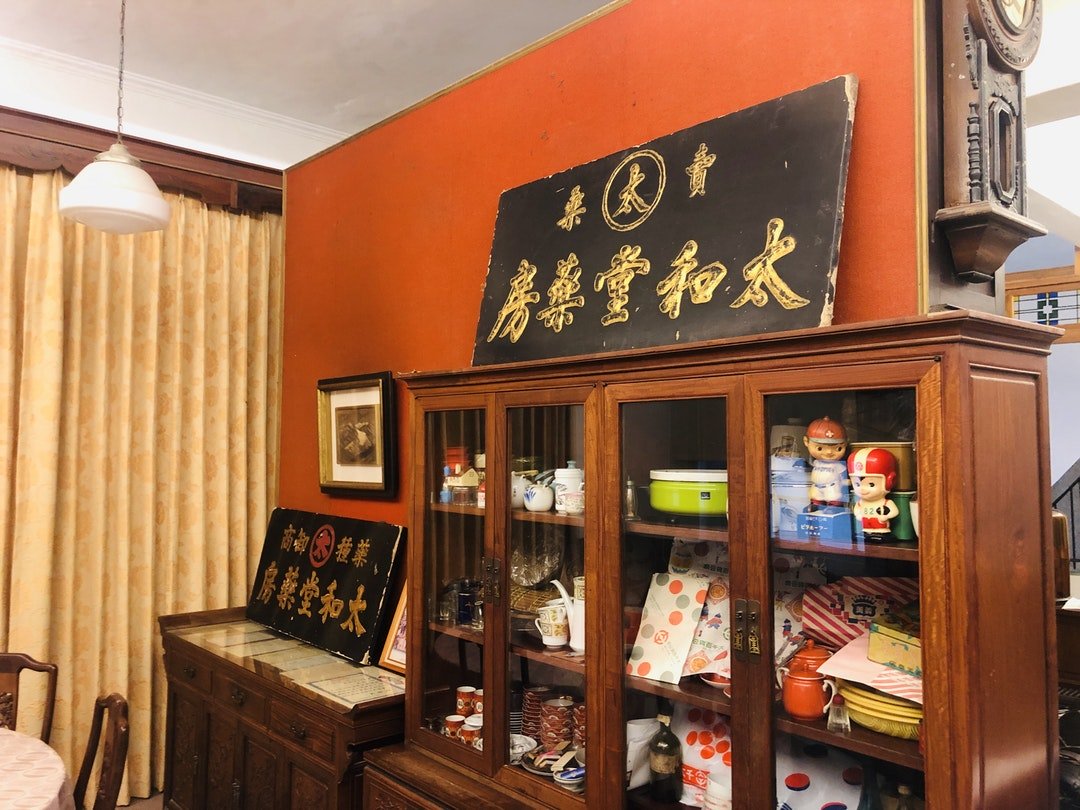 Lee said quite a few family members in the later generations, including himself, are pharmacists. Taiho Tang has kept many antique drugstore items in the workshop for display, whereas the living room was used as a reception room.
“It was designed in a spacious and classy way on purpose. Lee Ying started the business from scratch, so the purpose was to assure the guests and trade partners at home and abroad that he had enough resources,” said Lee.
Several traditional pumps for women who who had their feet bound were preserved in good condition and they were on display in the building as well.
Apart from the ground floor, which is now a tea house, the second and third floors are not usually open to the general public. If you want to visit the private space and have a glimpse into what the Taiho Tang family life was like in the past, here’s your chance with the “Dadaocheng Museum” event this weekend. 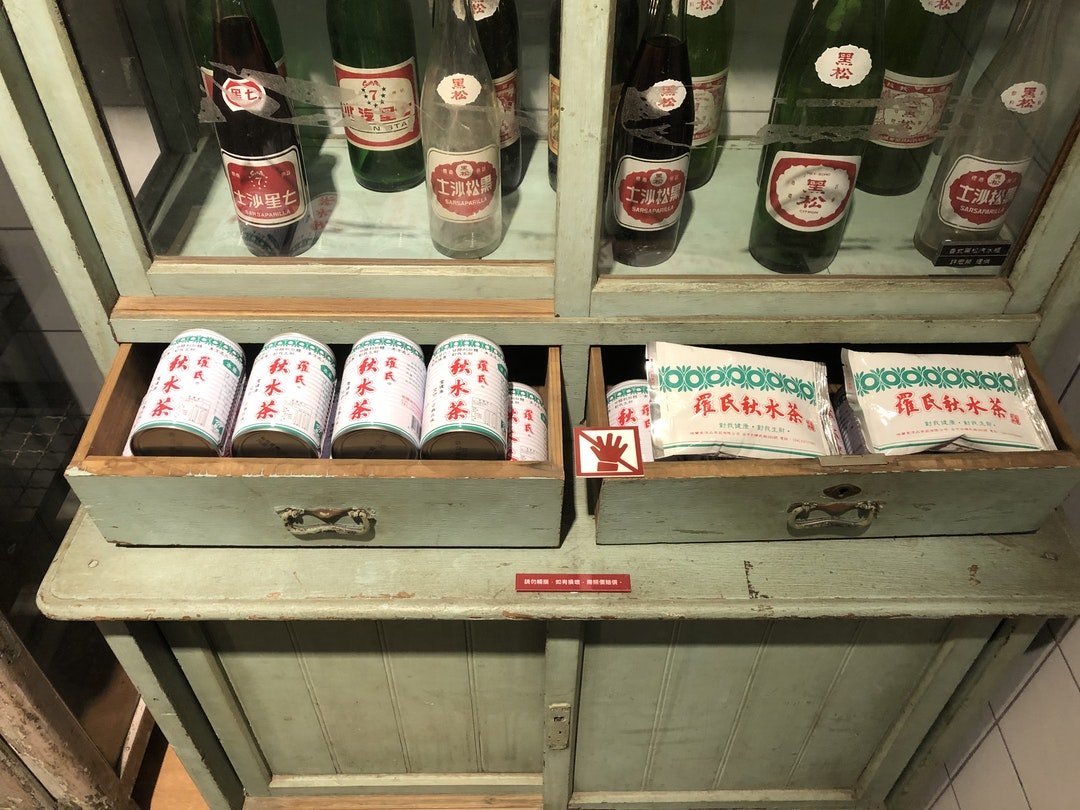 The Dihua 207 Museum is a free-entry museum on Dihua Street, the most well-known main street and commerce center of Dadaocheng. It is also a three-story designated historical building famous for its preservation of terrazzo (魔石子), a traditional Taiwanese building material. The complex process of installing terrazzo is explained in the museum.
The building was constructed in 1962 as a Chinese drugstore and it was eventually acquired by Chen Kok-choo (陳國慈), who founded the Dihua 207 Museum. Ms. Chen was a lawyer who has now retired and has always had passion for arts and culture. She’s the first individual to sponsor the preservation and revival of a heritage site in Taiwan. It’s worth noting that, Chen decided to be the sole sponsor instead of setting up a foundation because she wanted to avoid complicated opinions and conflicts of interest.
The Dihua 207 Museum holds temporary exhibitions, mostly featuring Taiwanese culture and history. It encourages revisits since the exhibitions are often changing. 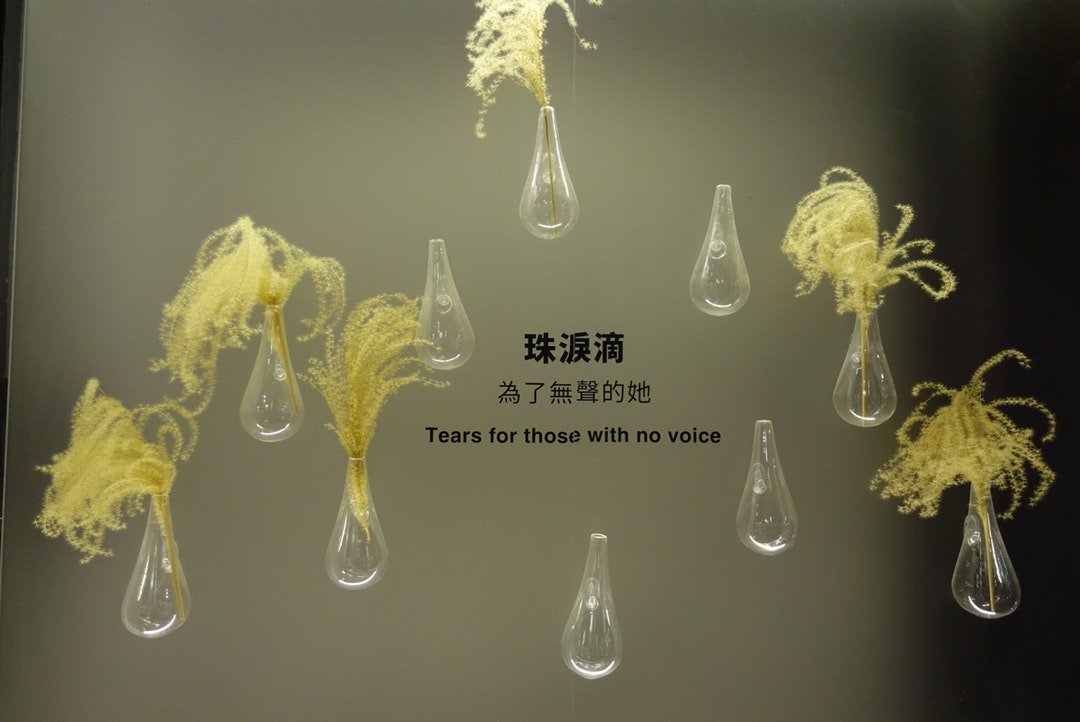 A block from the Dihua 207 Museum is Ama Museum, which explores a more heavy-hearted topic: comfort women who were forced into sex slavery by the Japanese soldiers during WWII.
During the war, the Japanese government recruited, or forced, Taiwanese women aged from 13 to 34 to be sent all over Asia as "military sexual slaves." However, up to this day, Japan still refuses to acknowledge any wartime atrocities or offer official reparations. The museum aims to enclose such history and tell the stories of those women including their attempts to overcome pain and difficulties in life.
These sorrowful words were written by the gate of the main exhibition at Ama Museum:

She was mistreated, but there is far more to her than that. Her fate was entwined with the nation, but encompasses much more. Her journey involves the issue of gender, but more than gender alone. She is a new topic but more than simply a subject of debate. Here, the ‘comfort women’ are individual women with real lives. You are standing at the entrance to living history.

Although transitional justice to the comfort women has never been done by the Japanese government, documenting and preserving the truth and history keeps their stories from disappearing in history's river of tears. By visiting the museum, learning and telling their stories, you could contribute to that. 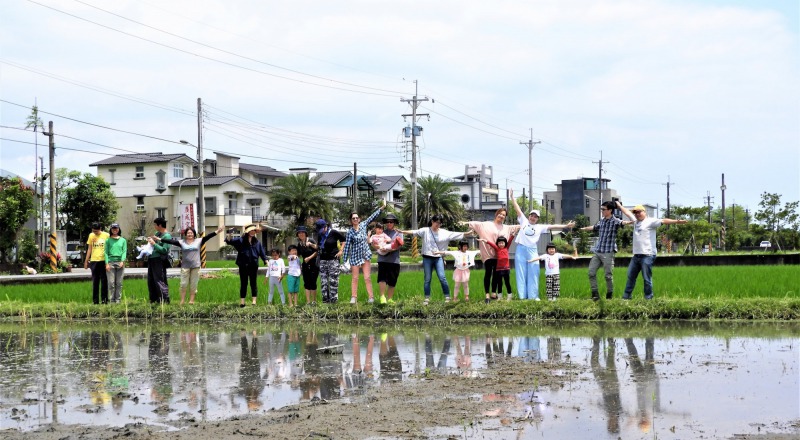 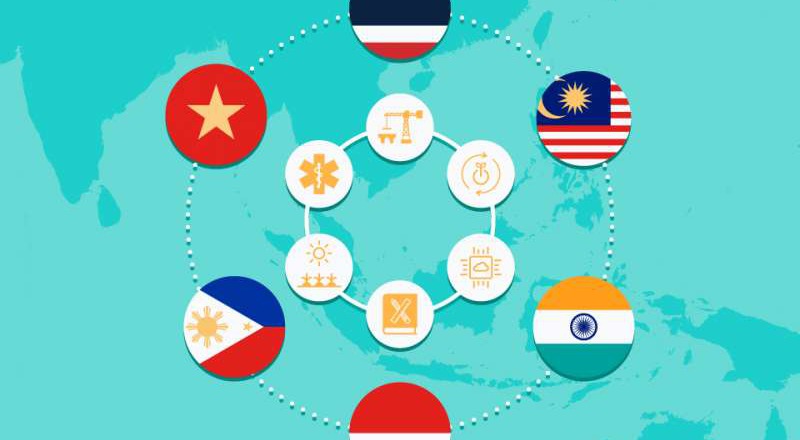